Manhattan Beach has over 2 miles of ocean frontage and 115 acres of beautiful sandy beach. Parking is sufficient with over 450 public parking spaces.

A 900-foot long pier, located at the end of Manhattan Beach Blvd, bisects the area. Fishing is permitted all year on the pier.

Other activities include swimming, and surfing. The north end of the beach, referred to as El Porto, is an extremely popular surf spot where you can even take lessons. 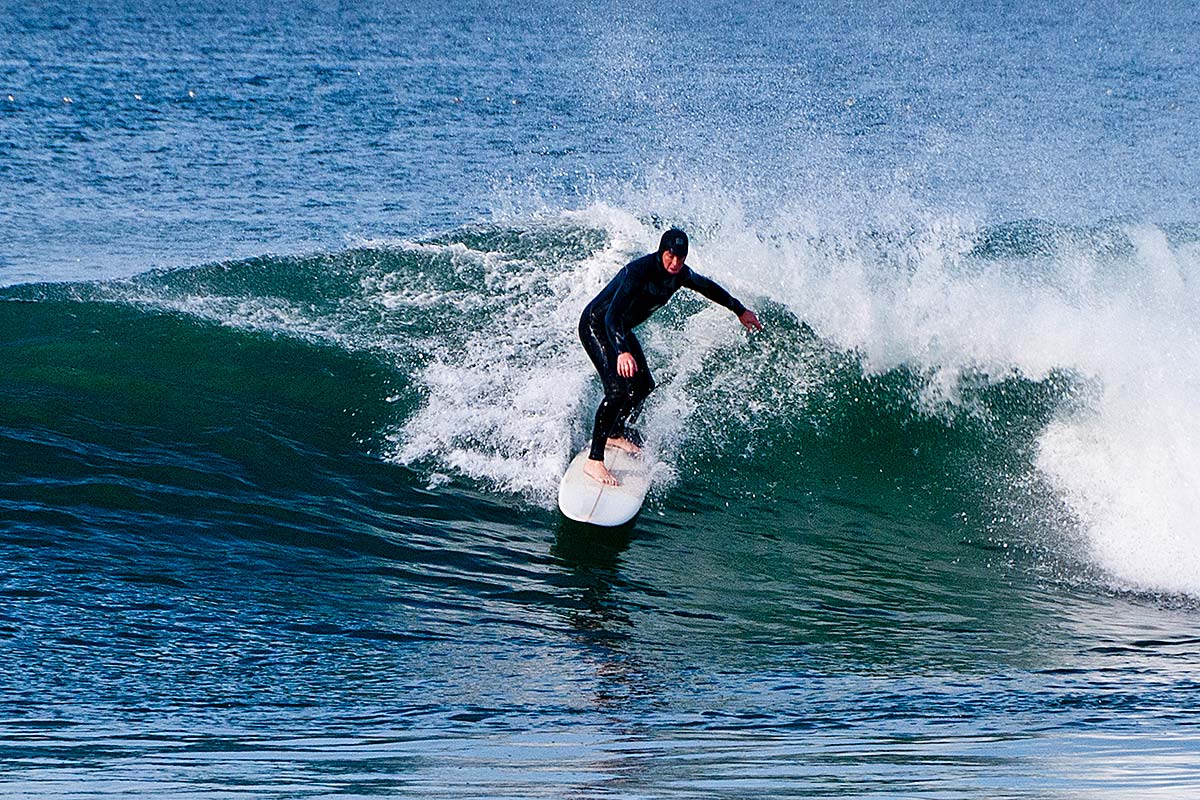 There are also plenty of volleyball nets that extend all the way to Hermosa Beach. The AVP Manhattan Beach Open is held every year in the summer, which also brings out a big crowd.

The first known inhabitants of present day Manhattan Beach were the Engnovangas Rancheria Indians. They survived off of corbina fish they harvested in the shallows along with other species of surf fish.

In 1784 the Spanish government established ranchos (land parcels) along the South Bay.

These land grants did not convey titles to the land; they simply gave permission to migrant farmers to use the land as they wished. 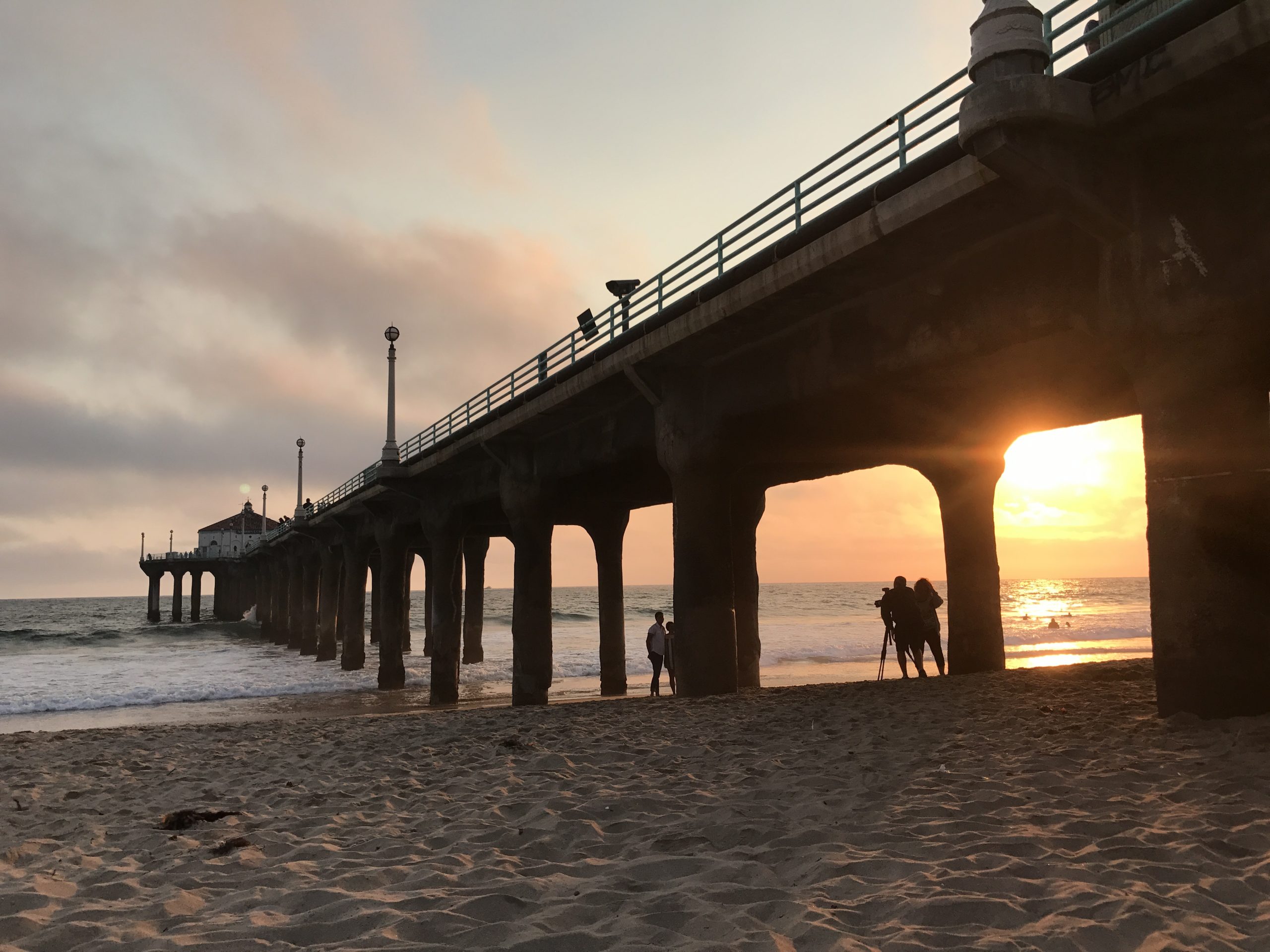 What is now known as Manhattan Beach was part of the original Spanish land grant for Rancho Sausal Redondo. In the 1800s the rancho extended from Playa del Rey to the north, Inglewood to the east, and Hermosa Beach to the south and consisted of nearly 25,000 acres of land. By the late 1880s the land had already been divided and sold off to developers.

Developers were plentiful but they agreed that the area should be given one name. George Peck, who owned the northern section of the area including Rosecrans, called his area Shore Acres and John Merrill, who owned the southern section, called his area Manhattan. According to Frank Daugherty, another owner/developer, a half dollar coin was flipped to determine whose name would win. In 1902, with the toss of a coin, “Manhattan” won and Manhattan Beach was born. 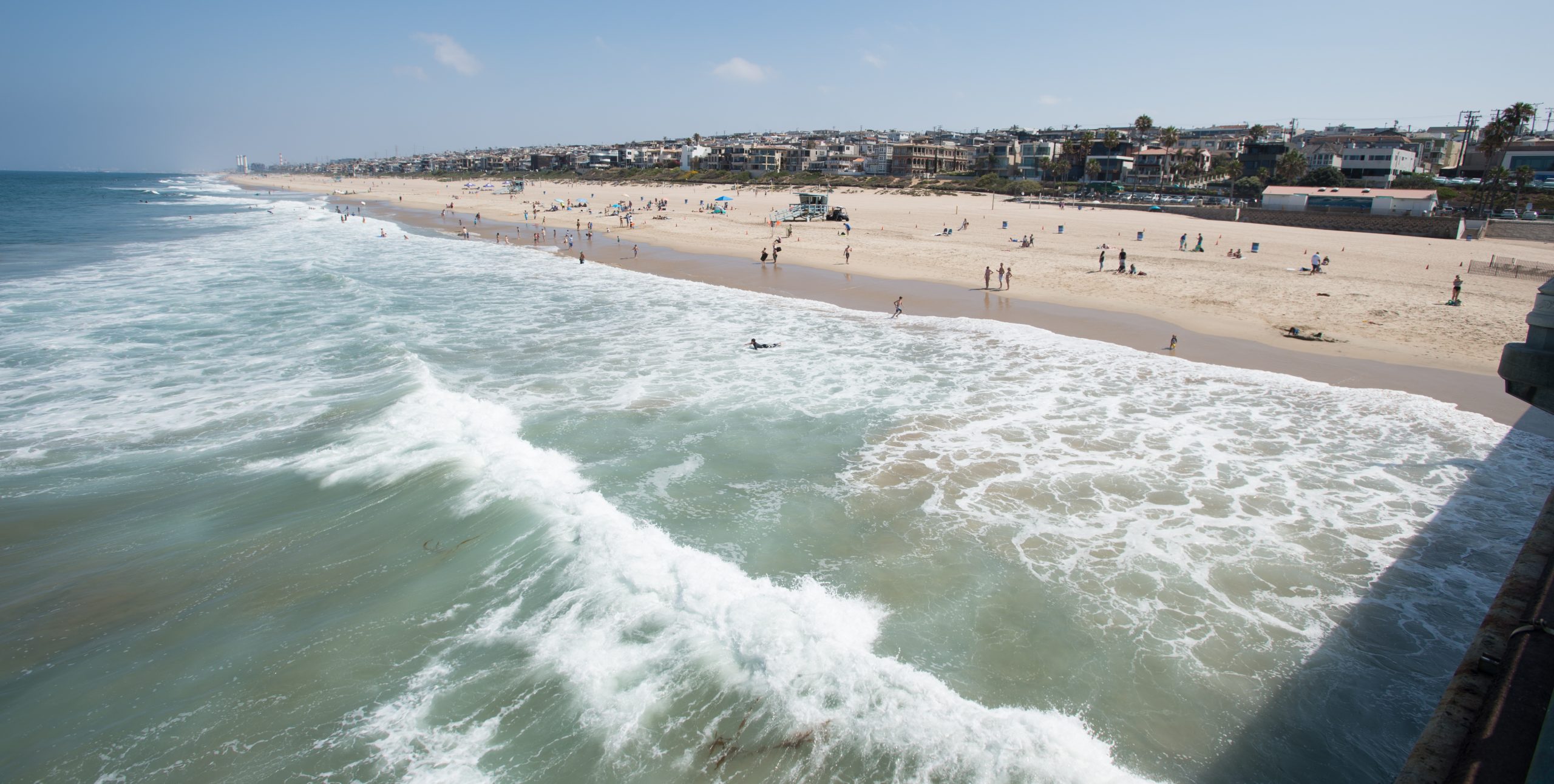 Most of the early structures on the beach consisted of wooden beach cottages ranging from 300 to 1,100 square feet. They all appeared to be very alike and most were painted a rusty red.

There was no gas, electricity, or indoor plumbing available. Water flowed in across the dunes through a pipe that frequently broke.

Families would come from Pasadena and Los Angeles on the train or trolley and a real estate agent would greet them as they stepped off.

The area was promoted as a place to vacation, although some people stayed year-round. By the time of incorporation on December 7, 1912, there were approximately 600 permanent residents in Manhattan Beach.

Manhattan Beach was actually built on sand. Walkways disappeared into the sand and small structures would slide. Sand dunes were 50 to 70 feet high, creating a major problem. Leveling them off became a long and laborious task.

In the late 1920s, developers from Hawaii made a deal with the Kuhn Brothers Construction Company to supply Waikiki Beach with Manhattan Beach sand. The sand was loaded onto Santa Fe Railroad cars and transported to the harbor in San Pedro and then onto ships or barges. This process continued for almost 10 years, although Manhattan Beach is by no means flat.

The area still has some sand dunes left, which are particularly obvious in the north end of Manhattan Beach where Sand Dune Park is located. So there’s no need to go all the way to Hawaii to walk on the same sand that’s right here in sunny Southern California.

After World War II, the desirability of the area for year-round living increased, and a large number of people moved to Manhattan Beach as a result. Servicemen visiting during the war returned to live there. The development of the defense industry brought many people to the South Bay to reside and work. As a result, much of the land east of Sepulveda Boulevard was developed to house the influx of people.