Hermosa Beach has almost 2 miles of ocean frontage with 94 acres of public beach and is one of the most popular beaches in Los Angeles County due to the excellent surf, good swimming areas, and the various volleyball nets along the sand.

The city-owned beach runs along the Santa Monica Bay before running into King Harbor in Redondo Beach.

Metered street parking is available and amenities include restrooms, nearby restaurants, showers, and playground equipment. 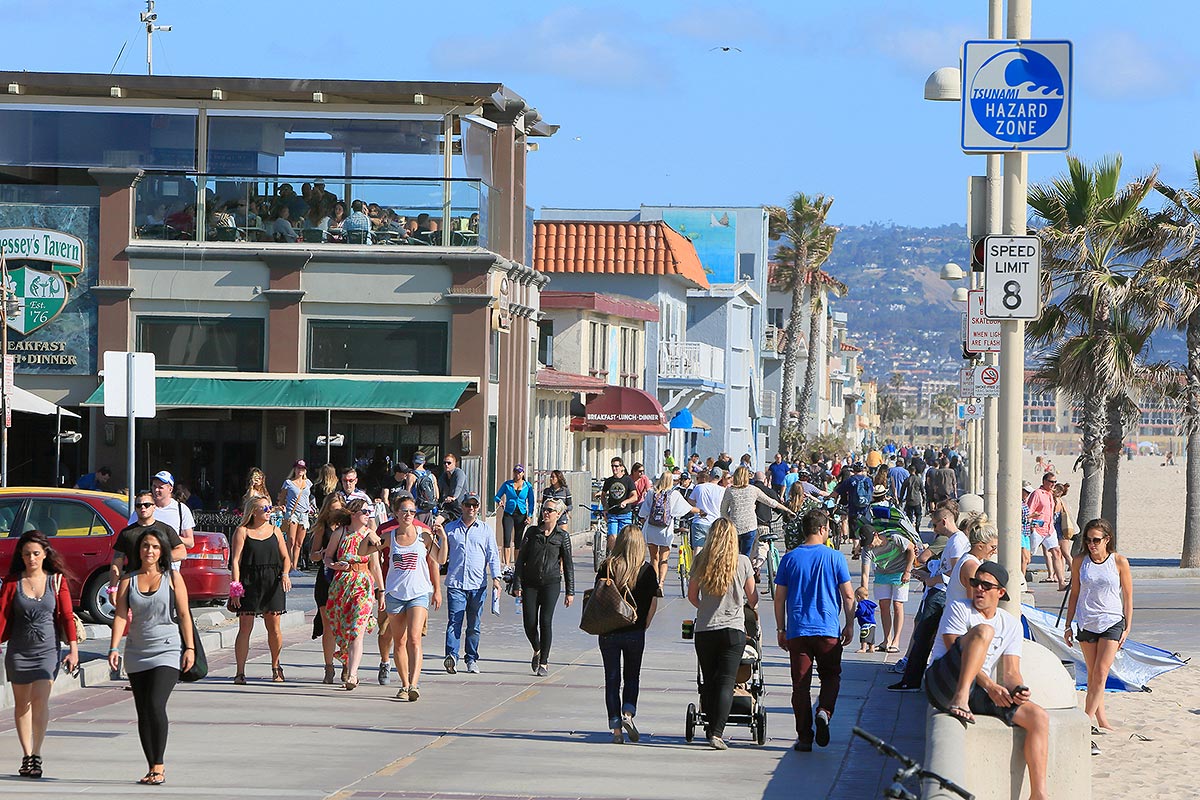 Volleyball tournaments and surf festivals also take place throughout the year for visitors and residents to enjoy.

In its early days, Hermosa Beach was one vast sweep of rolling hills covered with fields of grain. During certain seasons of the year large herds of sheep were grazed over the land.

In 1900 a tract of 1,500 acres was purchased by real estate developers for $35 an acre. The development was named “Hermosa” (Spanish for beautiful). 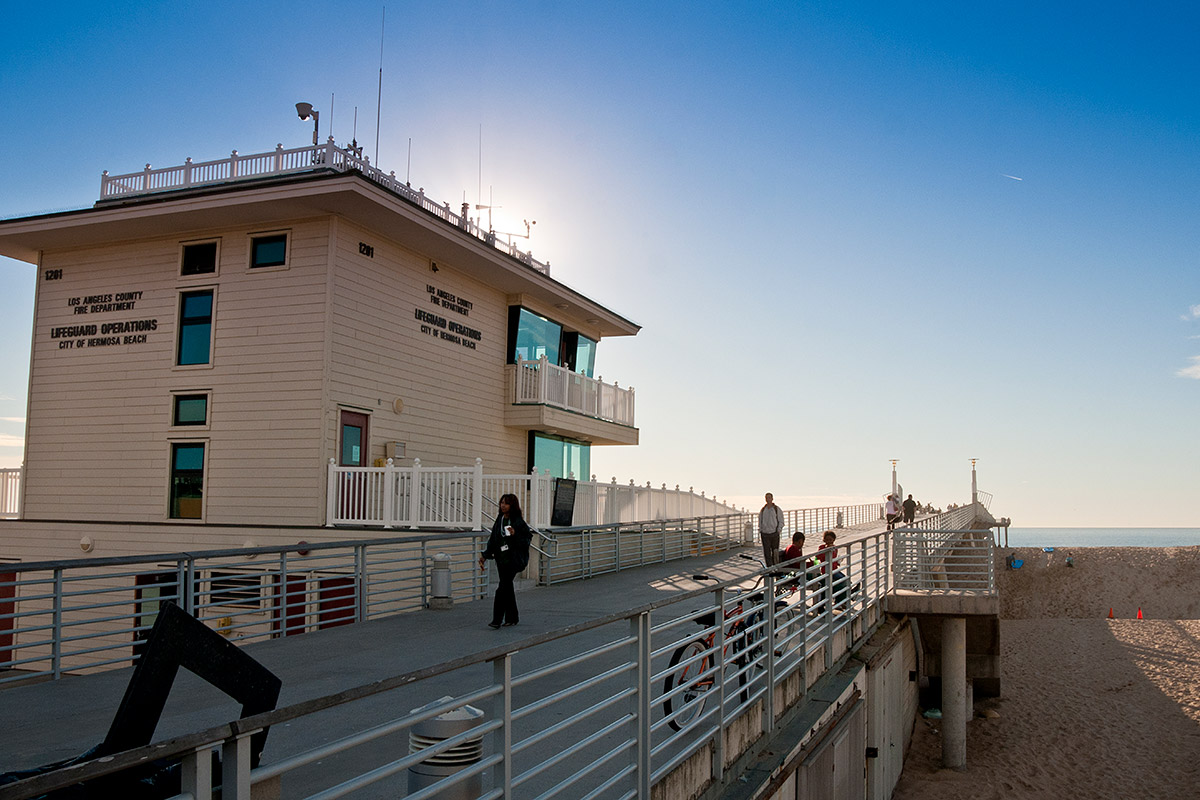 The development came courtesy of the Hermosa Beach Land and Water Co. When Hermosa Beach came into being, there was no Manhattan Beach and Redondo Beach was a busy seaport. The 2-mile stretch of white sandy beach mainly consisted of sand dunes and harsh winds.

These conditions made living so close to the beach miserable for the first hardy pioneers. The first official survey was made in 1901 for the boardwalk on the Strand.

A short time afterward, 500,000 feet of Oregon pine was installed along a mile and one-half of the Strand. Although most residents saw the project as a major achievement, high tides kept washing away portions of the boardwalk and the majority of it was replaced by cement in 1914. 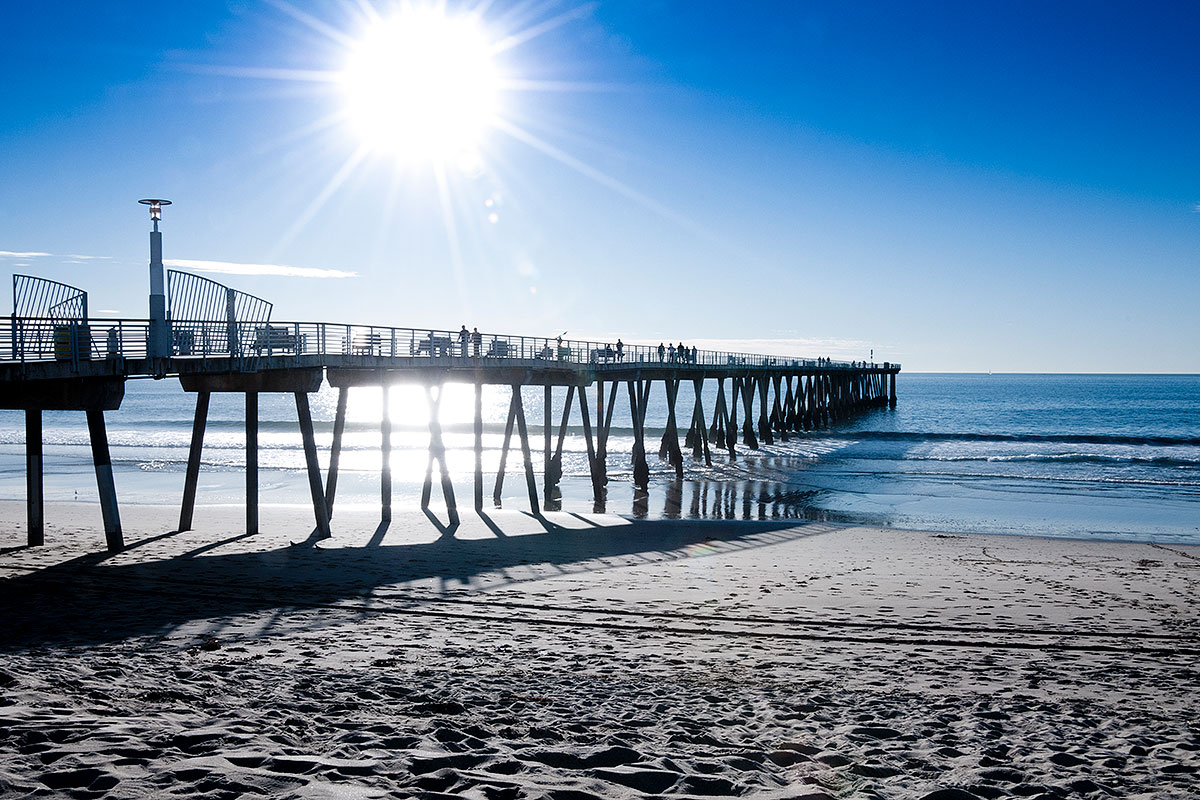 The first pier was also constructed entirely out of wood and extended 500 feet out into the ocean. The pier, constructed in 1904 by the Hermosa Beach Land and Water Company was partially washed away just like the boardwalk on the Strand.

A new concrete pier, twice the size of the first, was built in 1913.

Hermosa Beach was mainly a resort town up until the 1920s. Most people attracted to the area during the summer had little interest in becoming full-time residents.

Most of the full-time residents were elderly, retired persons. By 1930 the city had about 3,000 residents, but because of the stock market crash, growth came to a halt. Hundreds of foreclosures took place and an estimated 1,000 lots were taken back through tax default.

Fishing off of the pier was no longer done for recreation but rather out of desperation. It was said that people were fishing for their supper. By 1940 the population had more than doubled to over 7,000 residents. World War II brought the expansion of the aircraft industry and with it a building boom and real estate price increases. By the mid 1950’s the population had again doubled in size.

The fear that the city would revert back to economic hardships after World War II failed to materialize. By this time the thousands of new residents carried in by the economic boom had realized that Hermosa was not just a resort town but a great place to live and raise their families. To this day Hermosa Beach continues to be a desirable and expensive place to live.